A documentary is a type of non-fiction film or television program that aims to educate its audience about a particular subject, event, or issue. Unlike fictional movies and TV shows, documentaries are intended to present real facts, information, and experiences to the viewer, often with the goal of shedding light on a topic that is strange, fascinating, or little known. The primary goal of a documentary is to inform, educate, and enlighten the audience, and it can be produced in a variety of styles and formats, including fly-on-the-wall, talking-heads, and cinéma vérité.

The making of a documentary typically involves extensive research, followed by the filming of interviews and other footage, as well as the acquisition of archive footage, if necessary. The editor then works to piece together the various elements into a cohesive whole, working to build a compelling narrative that informs and educates the audience.

The success of a documentary depends on many factors, including the subject matter, the approach is taken, and the expertise and skill of the filmmakers. It is important for documentary filmmakers to strike a balance between presenting the facts and offering an engaging, emotionally resonant story that will hold the attention of the viewer.

Short films are compact and focused pieces of storytelling, typically lasting 40 minutes or less (including all credits). They are often used as a platform for emerging filmmakers to showcase their skills, creativity, and unique perspectives, and can encompass a wide range of genres, from drama and comedy to animation and documentary. While short films may not receive the same level of recognition as full-length features, they offer the freedom for filmmakers to take risks and experiment with new techniques and styles and provide a valuable testing ground for future projects.

Short films are a versatile form of storytelling that offers filmmakers a unique canvas to explore new ideas, styles, and themes. These films can be made for a fraction of the cost of a full-length feature film, allowing filmmakers to experiment with new techniques, or to create unique and captivating pieces of storytelling.

Short films can be created using a wide range of techniques, including live-action filming, animation, stop-motion animation, and other digital techniques. The length of the film allows the filmmaker to be concise and focused, telling a complete story in a short amount of time.

Short films can be submitted to film festivals, where they can receive recognition and gain exposure, helping to launch the careers of new filmmakers. These festivals also provide a platform for audiences to discover new talent and enjoy a diverse range of stories and styles.

Editing is the process of assembling, organizing, and refining the footage and audio recorded during the filming process, to create a final, polished video product. It involves the selection and arrangement of shots, the trimming and rearrangement of scenes, the addition of special effects, sound effects, and music, and the creation of a final cut that effectively communicates the intended message. The editor plays a critical role in shaping the visual and narrative style of the film or television program and has the ability to manipulate the flow of time and the emotional impact of the content. Editing is an important aspect of post-production, and can greatly impact the success of a film or television program.

The editing process begins with a review of the raw footage, which may be in the form of film, video, or digital media. The editor will typically use software such as Adobe Premiere Pro or Final Cut Pro to manipulate and organize the footage. They will select the best takes, mark and label key moments, and create a rough cut of the film or program. The rough cut is then reviewed and revised, with the editor making adjustments to the pacing, flow, and visual style as needed.

One of the most important aspects of editing is sound design. The editor must work closely with the sound designer to ensure that the sound effects and music are seamlessly integrated into the film. They must also add sound effects and dialogue to create a fully immersive experience for the viewer. They must also pay close attention to the volume and balance of the audio to create the right mood and atmosphere.

Animation is the process of creating the illusion of movement and change by rapidly displaying a sequence of static images that minimally differ from each other. The earliest forms of animation involved the creation of hand-drawn images on transparent celluloid sheets, which were then filmed and displayed in succession to create the illusion of motion. Today, animation has advanced significantly and can be created using a variety of digital tools, including 3D computer graphics, stop-motion animation, and others. It is widely used in films, television programs, video games, and other forms of media for its ability to bring imagination to life and create visual effects that are not possible in live-action productions.

Animation has come a long way since its early days, with advances in technology allowing for the creation of stunning, lifelike animations. This art form can be used to bring to life anything from imaginary creatures and worlds to historical events and contemporary issues.

There are several different techniques used in animation, including 3D computer graphics, stop-motion animation, hand-drawn animation, and others. The type of animation used will depend on the specific needs of the project and the desired end result.

Animation is often used in film and television to create special effects and visual effects that would not be possible in live-action productions. It can also be used to create standalone films, TV shows, and video games, offering a platform for creative expression and storytelling.

Script writing is the process of creating written works for film, television, and video games, which specify the dialogue, actions, and emotions of the characters in a screenplay format. A scriptwriter must have an understanding of storytelling, character development, and structure, as well as the technical aspects of visual storytelling, in order to create a compelling and engaging screenplay. The scriptwriting process can involve multiple drafts, revisions, and collaborations with other writers, directors, producers, and studio executives, and is a critical component in the success of any film, television program, or video game.

Scriptwriting is an essential component of the filmmaking process and requires a strong understanding of storytelling, character development, and structure. The scriptwriter must be able to create compelling and engaging stories that can be brought to life on the screen.

The scriptwriting process typically involves multiple drafts and revisions, as the writer works to perfect the story, characters, and dialogue. The script may also be reviewed by producers, directors, studio executives, and other writers, who may offer feedback and suggestions for improvement.

A successful script must take into account the visual aspect of filmmaking, as well as the audio, as the writer must craft a screenplay that can be effectively translated into images and sounds on the screen. The script should also be well-structured, with a clear beginning, middle, and end, and with well-defined characters and themes. 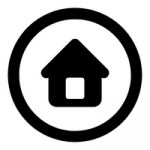 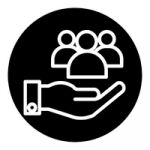 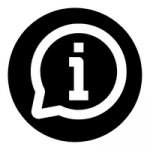 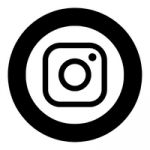